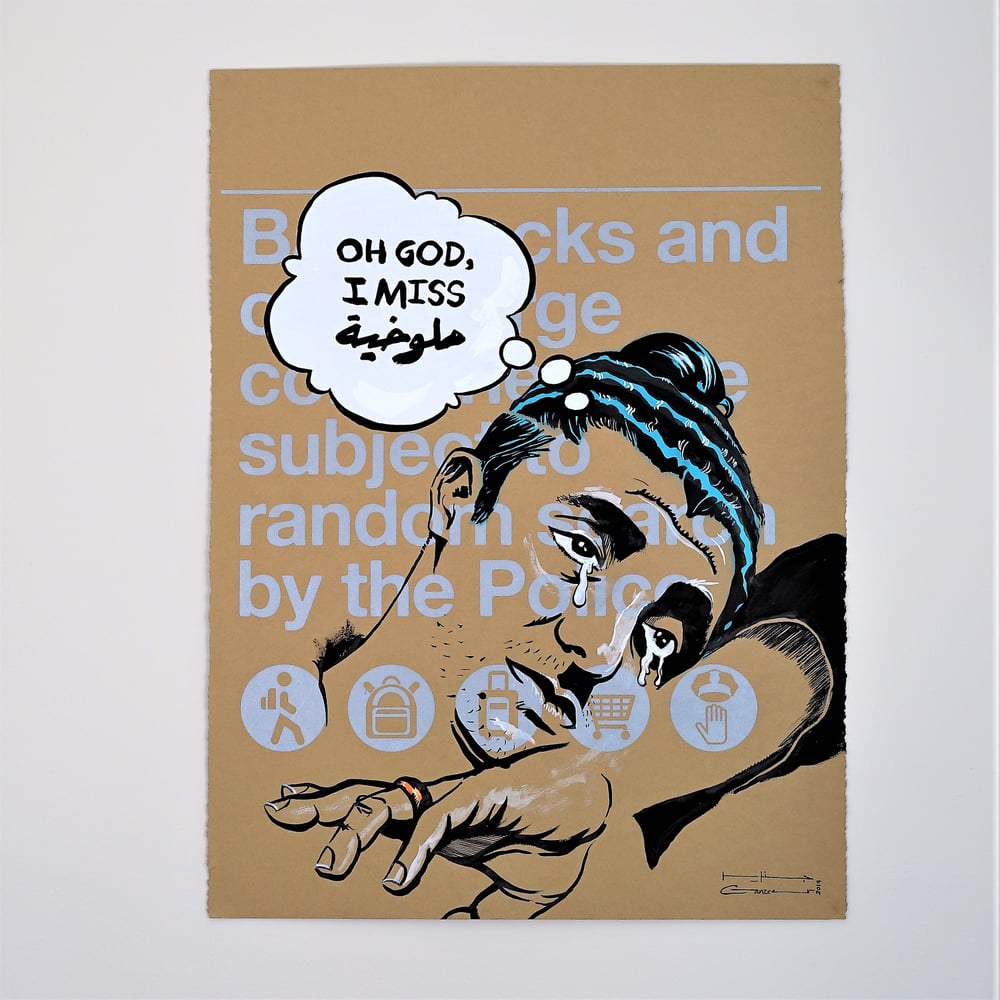 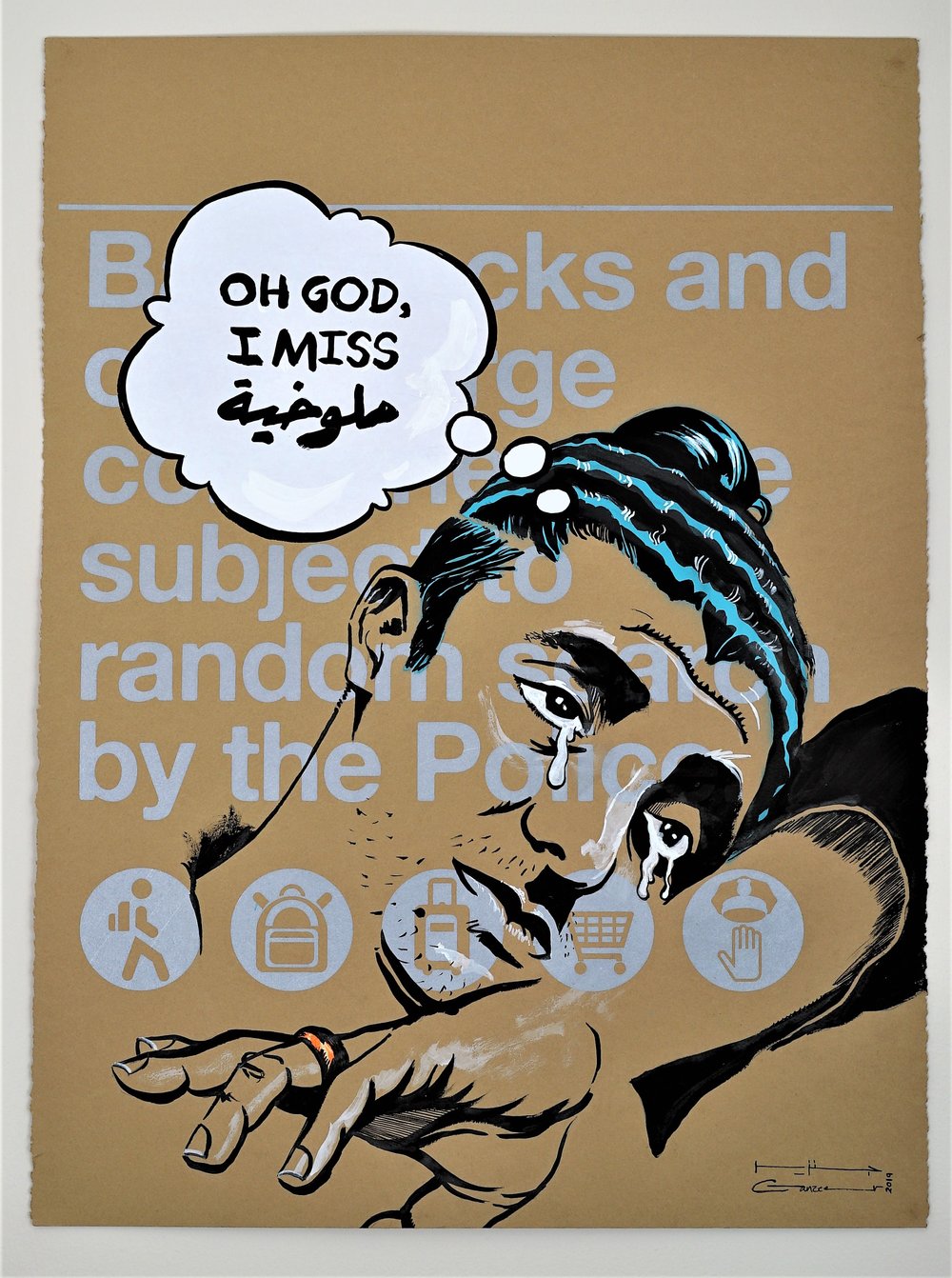 #3 in a triptych that marks Ganzeer's first foray into paintings that are more autobiographical in nature. Although deeply personal, the series still touches upon themes likely relatable to pretty much any immigrant, especially those who have been forcibly put in that position, hence the title: IMMIGRANT BLUES.

The words in the thought balloon read: "Oh God, I miss 'molokheya'", molokheya being a popular Egyptian dish that isn't particularly easy to come by outside of Egypt. A stew made of a leafy green known as "Jew's Mallow" (at least as far as Wikipedia claims), molokheya's texture is what one might call "slimy". Don't let the color or texture freak you out though, because it is scrumptious, especially when garnished with minced garlic fried to a crisp and served on a bed of white rice (short and plump) with a side of roast rabbit (or chicken) and traditional Egyptian salad (salata baladi). The backdrop features a phrase commonly spoken on NY subway loudspeakers, further drawing home the point of the character's (Ganzeer's) homesick status.