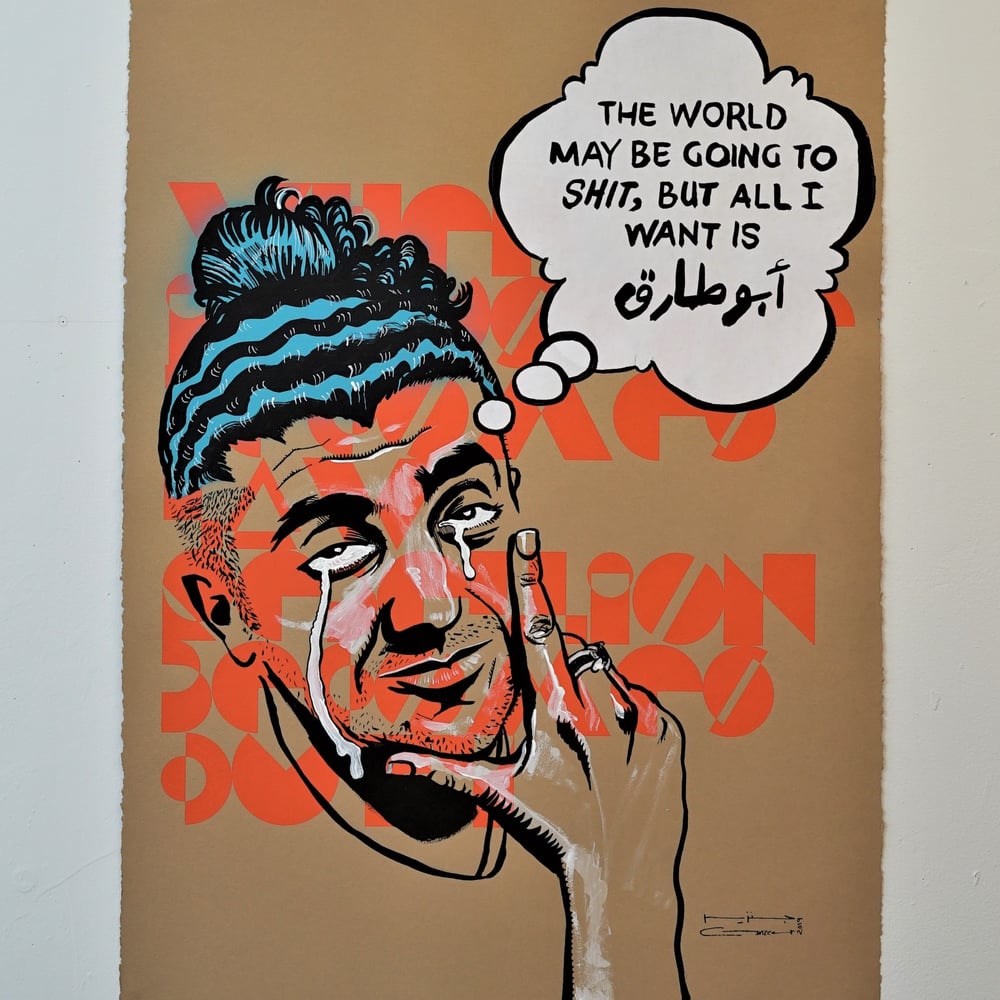 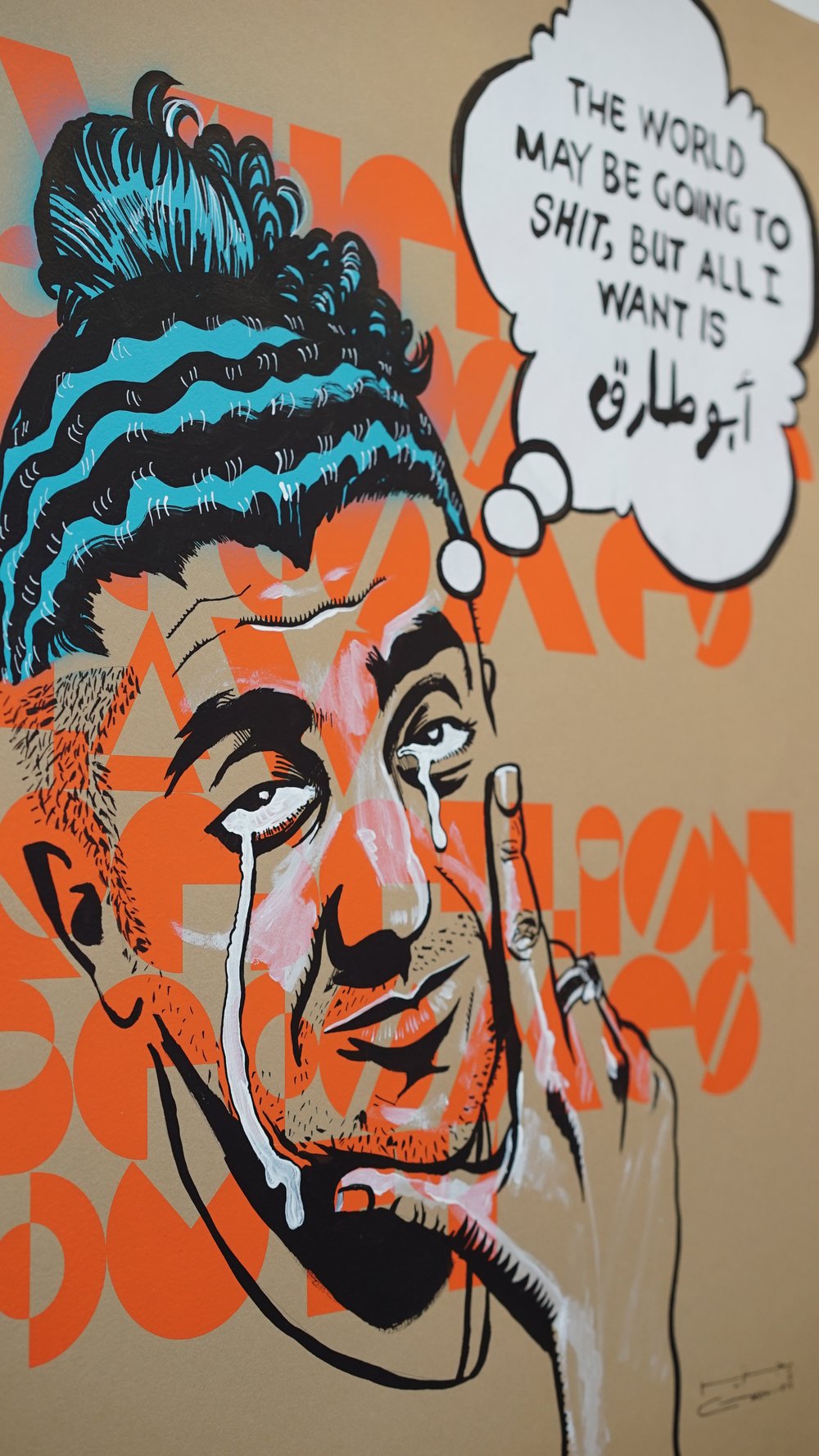 #1 in a triptych that marks Ganzeer's first foray into paintings that are more autobiographical in nature. Although deeply personal, the series still touches upon themes likely relatable to pretty much any immigrant, especially those who have been forcibly put in that position, hence the title: IMMIGRANT BLUES.

Here there is a realization that although there are more pressing things to be concerned about, "Abu Tarek" is still on said immigrant's mind. Abu Tarek being a popular eatery in downtown Cairo that serves one dish and one dish only: Koshari - a popular Egyptian working class dish that noone regardless of class can resist because it is... slammin' (and contains enough carbs to fuel you for a good week). The backdrop comprised of an abstracted typeface reads: "When injustice becomes law, rebellion becomes duty" (a quote by Thomas Jefferson), referencing all that is wrong with the world and the things that should instead be on everyone's mind.