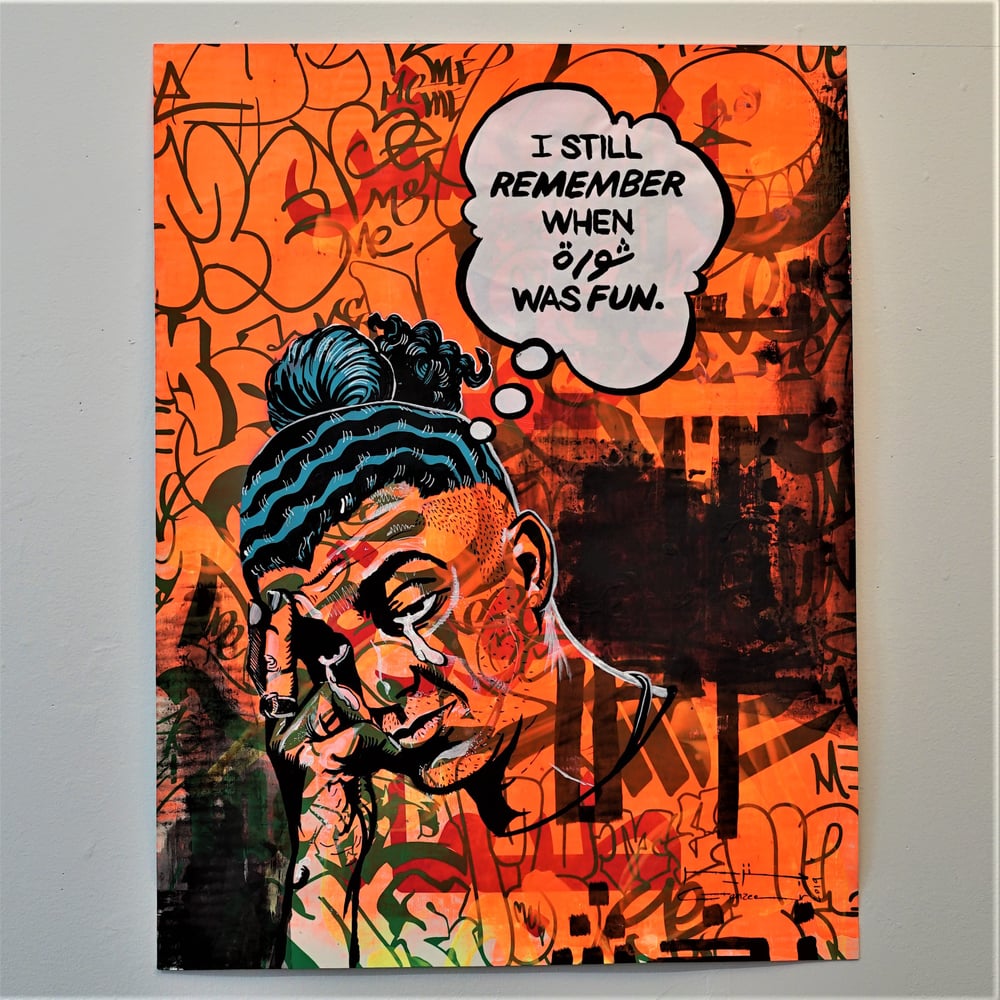 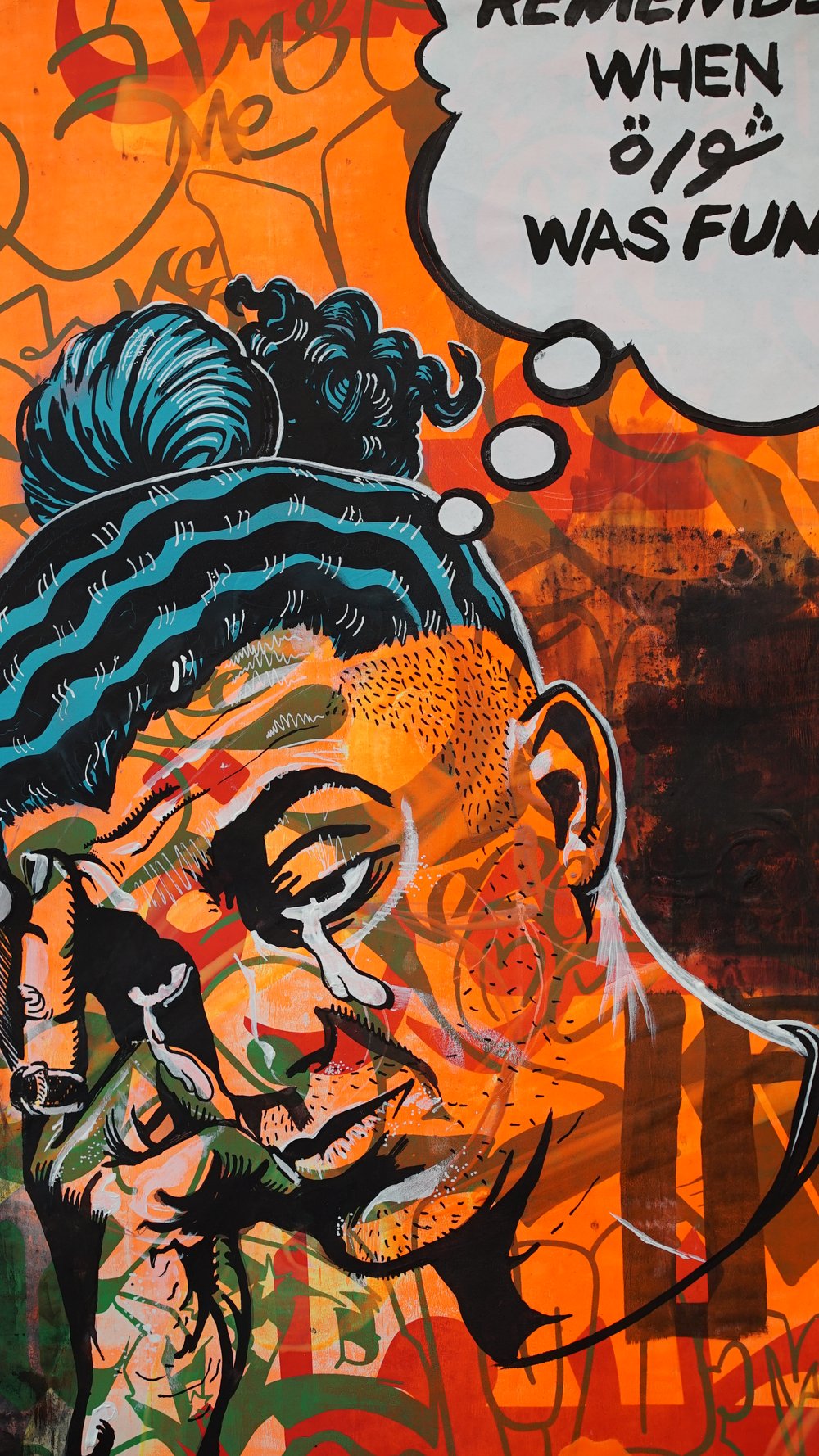 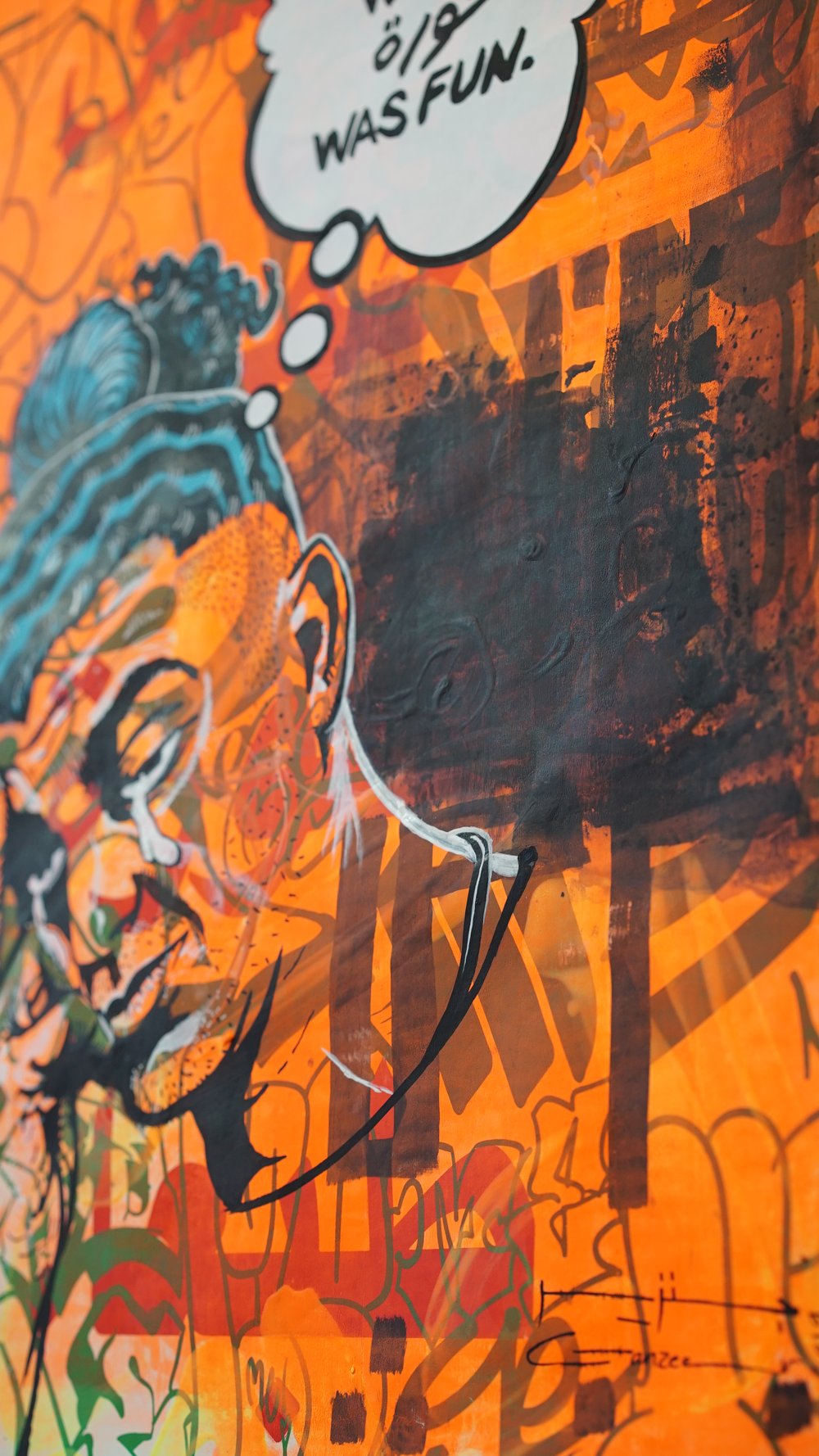 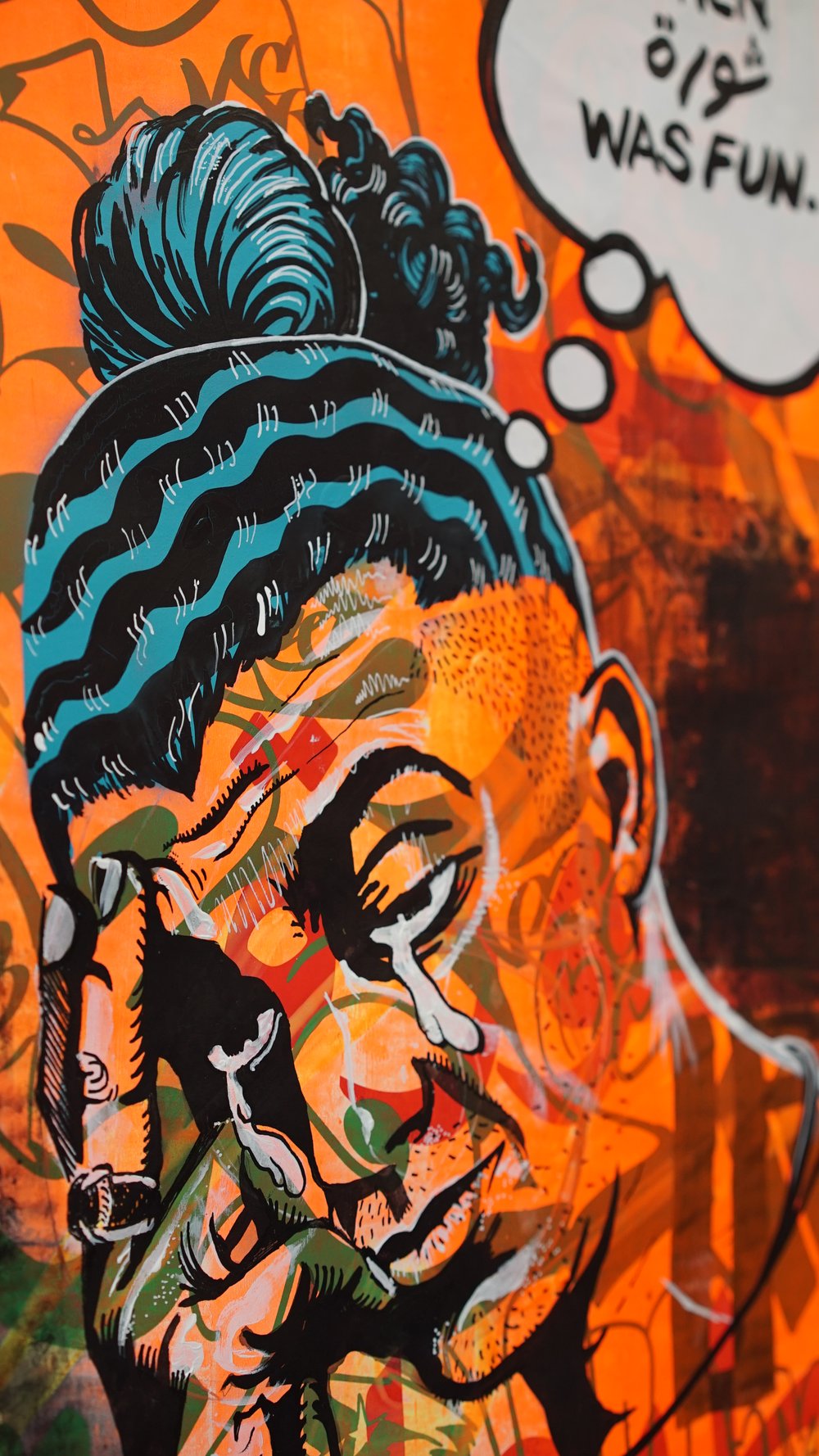 #2 in a triptych that marks Ganzeer's first foray into paintings that are more autobiographical in nature. Although deeply personal, the series still touches upon themes likely relatable to pretty much any immigrant, especially those who have been forcibly put in that position, hence the title: IMMIGRANT BLUES.

Here, the character (Ganzeer himself) still remembers when "thawra" was fun. Thawra being the Arabic word for revolution. Clearly reminiscing on 2011, when not just the Arab Spring was an optimistic notion, but the upheavals and public square takeovers happening across the world were as well.

The backdrop features graffiti-style writing that reads "me me me me..." as well as an abstraction of some of the things spoken during the Tahrir square uprising of 2011.